My mom (who is the best ever) gave me something I have been lusting after for years now.  Waterproof boots!  Luckily my tack store discount made them a pretty good deal.  After a few days of wearing them though I think they are totally worth full price, after they have survived the winter I will talk about them again.

They are the Ovation Alistair Country Boots.
I ordered the 9.5 (41) and they fit perfect, I've worn them with breeches and over jeans and there is just enough room.  I have a 15 inch calf in most half chaps and such.  My feet have been toasty warm with wool socks and I love that I can do chores and stay dry!
They may actually make me hate snow in November less.  The inside has cute plaid lining, granted no one knows it is there, but you.  Kind of like cute underwear.
The laces and buckles on the side make them pretty adjustable, they could tighten up maybe another half inch from where I wear them and loosen up about an inch.  Height wise they end just below the back of my knee (about a half inch).  I need 16 or 17 inch half chap.  You may be scratching your head about what I do for show boots...cry.  Yes I'm 5'3" with size 9.5 feet, let's just say that stock show boots are crazy tall on me.
I've pretty much worn them nonstop since I got them on Thursday and I haven't had one sore moment.  I don't think I will be wearing anything else until the end of spring, kidding, not really.
Now if only they actually made me this awesome, thanks to sprinklerbandit for photo magic! 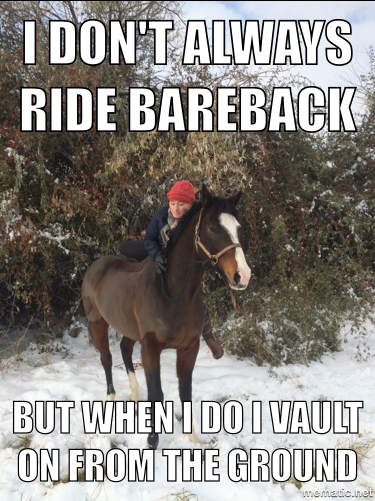 Greetings from the frozen Tundra

Well today we reached a toasty 16 degrees. This is miserable, but the scenery is at least breath taking.  Interview was a bust, company was a bit sketch.  I pretty much said peace out, not really, but almost.  No worries though, I now have my first interview out of the way.  Onwards and upwards.

What to do in the snow?  Bake pie. Take pictures. Drink coffee. Plan for the future.

I'm writing this on mobile blogger (practically useless) so I can't caption the pictures, I'm sure all a y'all can figure it out. 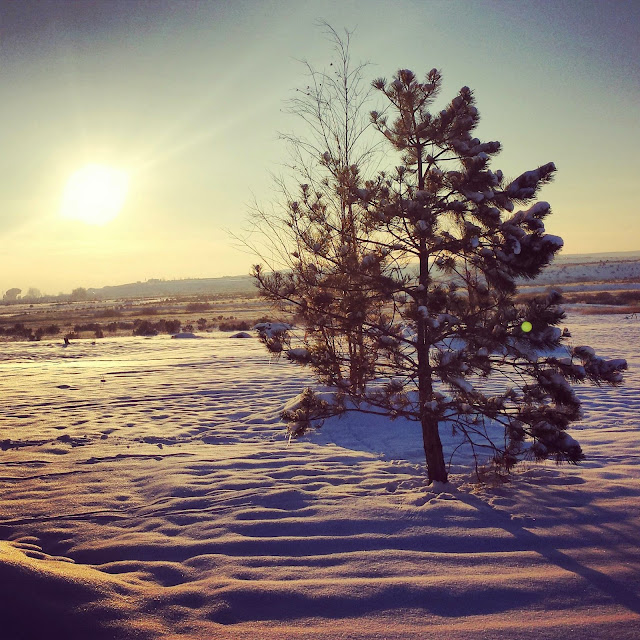 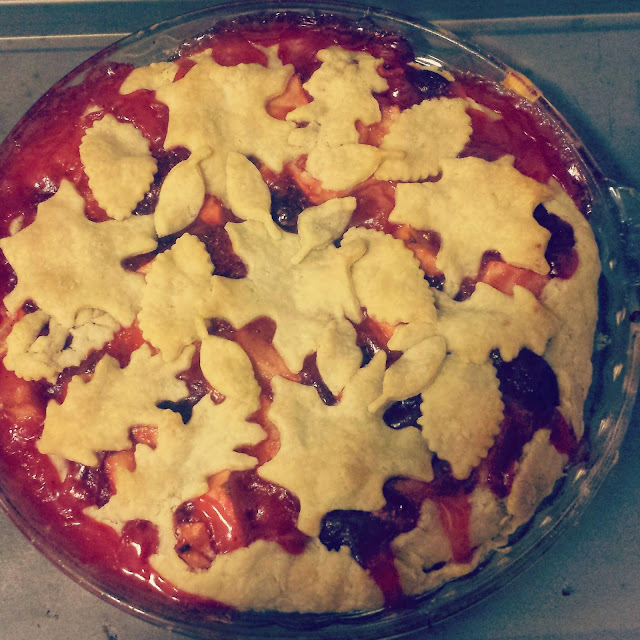 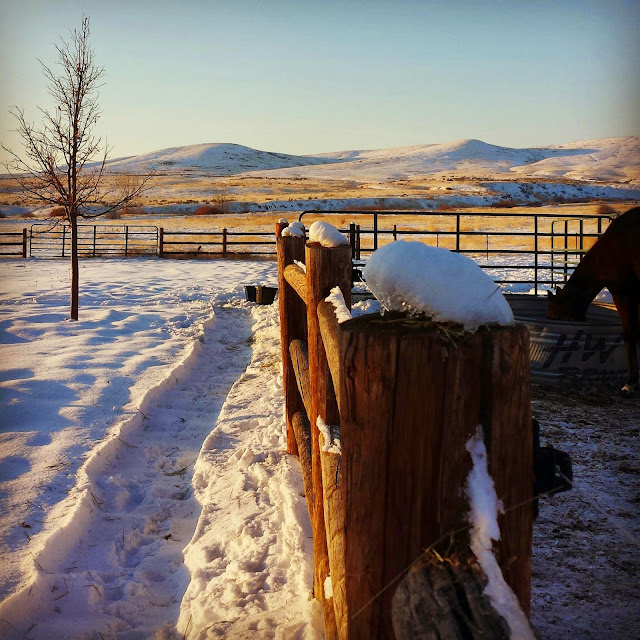 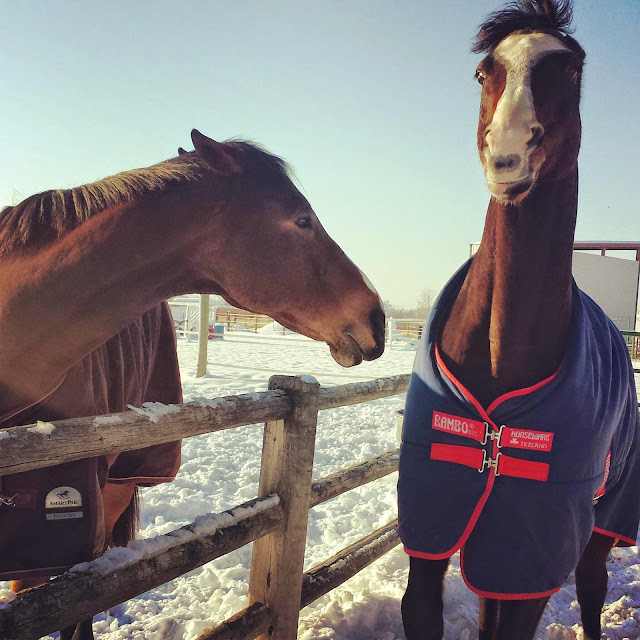 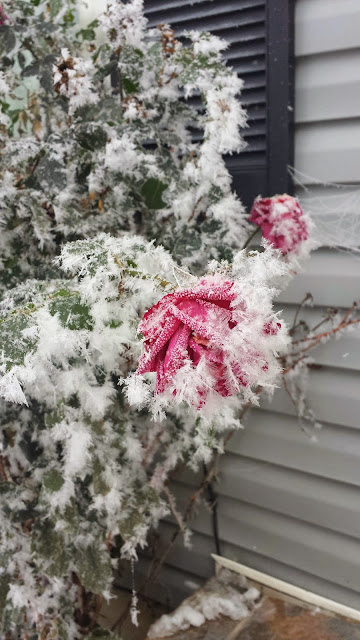 
In a break from my lamenting about snow...I have a job interview tomorrow!  So totally psyched!  Life has been stressful and I look forward to the day I can put my bills on autopay!  I know it is just an interview, but it is a step in the right direction.
Ok, well back to the snow.
So this was our first day of snow, by day two we ended up with almost a foot.  Now our lows are below 0 and highs are barely reaching 23.
This weather is unheard for November in this area, much more typical of January.  That said I don't think I have ever seen this much snow from a single storm here.
Our ski hill is had the earliest opening in 45 years and this now ties the record for snowiest November with the year 1892, no joke.
Trying not to whine, but seriously... wtf weather!
I can't believe cross country on green grass was only a week ago!
Posted by redheadlins at 1:18 PM 16 comments:

We are now buried in snow.
But before the snow came I had a lovely sunset ride on Prisoner and sprinklerbandit took great pics and video!

He is really getting the hang of transitions with in the trot and staying steady in different frames.


Pretty much this post is just going to be all pictures and videos.  I love the colors and I love the horse!

Also Micaylah, who took the xc photos from the last post, started a blog!  Go check it out!  twopointstacosandtiaras!
Posted by redheadlins at 8:44 PM 10 comments:

P-diddy (uses his rapper name when a badass) did cross country for the first time on Sunday.  He was a rockstar!  The lesson worked on the same things we have been working on and I was a little bummed to not school more actual xc fences, that said he was so chill about the jumps we did do that I have no worries for other xc fences.
We started with a log, then a blue barrel jump, then a show jump, and finally a roll top.  I walked him up to each of the xc fences so he could check it out before I approached at the trot.  When I first rode into the xc field he was a bit flummoxed by the strange wooden structures covering up good grass.  Then when he realized they were for jumping I had to be very deliberate about where I rode so he didn't pull me to all the jumps.  Each time I showed him a jump he would look at it from several yards away and then by the time we were close I could have just closed my leg and we would have flown over.  I am so pleased by his boldness.


He also stood and waited for our turns on the buckle.  He likes to bob his head while standing around and it is pretty funny as it seems that he is agreeing with everything.
The barrel jump was placed on a bit of a slope and P-diddy said it was no big deal.

We jumped back and forth over things and then strung a course together.  We trotted each of the jumps, but cantered between them.  The grass and terrain seemed to be no worry for P and we just worked on really trotting to the base instead of getting that one zoomy canter stride.

None of the jumps really made him snap his knees and go WOW!  Really though I'm fine with that, I'd rather he learns to relax, I know he has scope for days.
Overall it was a success and I'm thrilled with my boy.

Me and my radio silence

No good reason.  I'm blaming wonky internet and lack of creativity.  It has been lots of the same with Mr. Prisoner.  Transitions, balance, rhythm, blah blah blah.

It is paying off though as he is getting more and more relaxed about the jumps.
His tendency for rushing is something I wanted to deal with sooner than later so that is doesn't bite us in the a$$ when the jumps get bigger and combinations more difficult.  It is working out and that makes me super happy.  He is also really starting to understand trot and canter poles.  Turns out he thinks they are more difficult than actual jumps, I tend to agree.

I've got to head of to work so I will leave you with a sneak peak for tomorrow...

Others enthused by horses